Does a CME Affect Life on Earth? 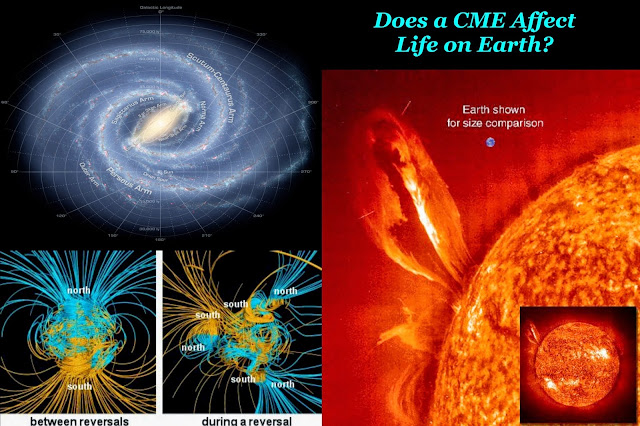 Two days ago: I was happily working away on my computer putting together an artist profile to post on World United Music, when a sudden burst of negative energy washed over me with the most intrusive force. It instantly gave rise to powerful negative emotions and ill feelings, so much so that I burst out cursing from the anxiety that had enveloped my mind. I was visibly angry and couldn’t understand why…as I questioned why I was angry and where this anger and anxiety was coming from, I also noted that just as this rise in negative energy hit me, there was a number of dogs that started barking all around the neighbourhood…and at the same time a few neighbours in different areas started screaming at each other…all of it coincided with the very same moment I experienced this wash of negative energy. Was it just a freakish coincidence? I went into the living room of my apartment where my wife was busy and asked her if she was feeling a sudden surge of anxiety, and with a look that asked, “how did you know?” she answered “yes”.

This negative wave lasted a few hours and slowly subsided as the day became night…notably, the disruptions around the neighbourhood also subsided which kept my curiosity of the event at a peak.
I sat back and pictured what I experienced, and clearly it felt as if a saw tooth ramp of energy had washed over me, blasting me, peak first to slow discharge. The whole episode lasted from early afternoon until nightfall which is when everything began to settle down to normal…including the neighbourhood. This is not the first time that I experienced a wave of energy wash over me, but it certainly was the strongest and harshest surge I had felt.

I have been monitoring Earth events since 2007 when I created World United News, but I became interested in the associated effects of the Sun with our Planet around 2011 when I began finding more and more articles dealing with the Sun’s energy, its cycle, CME’s, and Earth’s magnetic shield. Slowly, I’ve become aware of some of the different effects that our Sun has on our planet through a lot of reading…and so I questioned what I had just experienced knowing full well that there was a pending CME (Coronal Mass Ejection) from an Earth directed X-Class flare due to hit our planet that very day. Maybe the geomagnetic effects had something to do with the surge in the negative energy I was feeling…
I used to go to the NASA websites and collect data on the Sun in 2011 but found a YouTube channel in 2012 that adequately covered all the material and then some, that I was interested in, called “Suspicious Observers”. (See Link Below)
I decided I would wait for the S.O. Report for the next morning so I kept my thoughts and speculations on the back burner and pushed through my work. Working with music is a great way to deal with the negative feelings brought on by anxiety…

Indeed, I learned from the report that the energy and magnetic interference of the CME, combined with the Negative Coronal Hole Impact, may have been a factor in the sudden surge of anxiety displayed by both neighbours and animals in the neighbourhood Monday November 10th. I could be wrong of course, however, one must note that our thoughts are electric impulses, and that an electric pulse is affected by magnetic field strength. One incident does not prove anything but as I begin to understand how the sun works and how it affects our small planet, I’m beginning to see patterns arise at a time when Earth’s Magnetic Shield is loosing strength due to an ongoing magnetic pole reversal.

Ok, so the music sucked in that video…see how music can invoke emotion? And what is music but electro magnetic vibration. Music can also sooth, so imagine if the music selection was ambient instead of being filled with intensity and suspense. 8-) But I digress…

Below is a summary video confirming the Earth’s weakening magnetic field.

It is my belief that when magnetic pole reversal happens, it starts off slow and then speeds up exponentially the closer it gets to its flipping point. The magnetic field does not completely disappear it just weakens until Earth’s internal molten gyro finds its magnetic equilibrium again and then goes back to full strength once the poles have flipped. The amount of time it takes to shift should be viewed as exponential rather than in linear terms of understanding.


Anyone that has experimented with magnets can see what happens when you move two magnets close to each other. Not only can you feel the force between the two magnets repelling each other but you can see how quickly opposite poles move when they move towards magnetic equilibrium.


It must also be noted that when the Earth’s magnetic field is weak, the sun’s potential to affect the Earth greatly intensifies as more radiation makes its way through to the planet surface with CME’s…radiation I might add that changes DNA and affects the lifeforms on this planet. This theory also gives rise to questions regarding evolution of life on the planet…But that is another topic for another day…back to the sensing the effects of the suns energy.

The video below depicts the suns energy converted into audible frequency so you can hear what happens when a CME is released from the Sun.

Sound of the Sun

The sound you hear in the video is of a CME (Coronal Mass Ejection) from start to its calming end. Notice the ramp down in its intensity. What you are hearing is Electromagnetic waves from the sun
converted to frequencies within the human audible range.

The 'Voice' of our Earth

The sun also affects the other planets as does cosmic energy from outside our solar system. Here again Electromagnetic waves from the planets are converted to frequencies within the human audible range so that we can hear them.


To put things into perspective...we are tiny energy transceivers on a planet powered by the sun which is one star in a sea of stars that is in a sea of seas...

Largest Sky Map Revealed: An Animated Flight Through the Universe

From Nanometers to Billions of Light Years, or micro to macro, everything is the same and is all connected…we are left in awe, that everything is energy and that we are a mirror of all there is, condensed into fractal entities and connected by consciousness…we are all powerful and powerless at the same time, living in a matrix of energy that repeats itself on every level…and yet we have the power of creation just by the energy of a thought…

Does a CME affect life on Earth? You bet it does and in many more ways than most people realize. 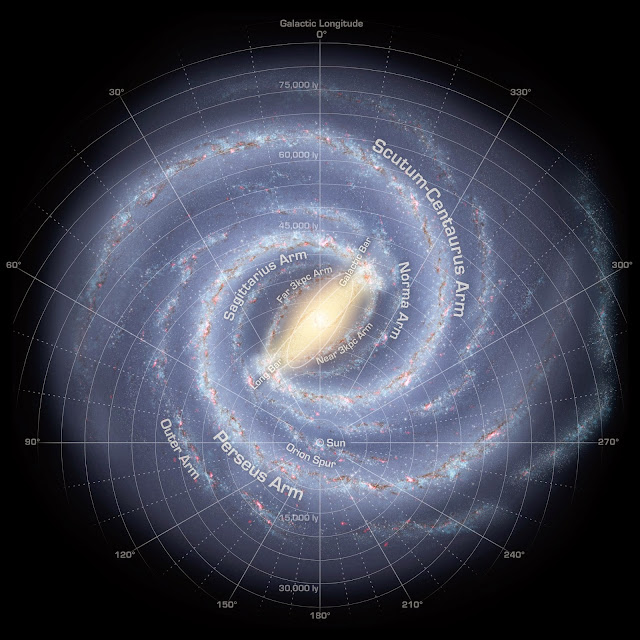