The Man Who Fell From Heaven 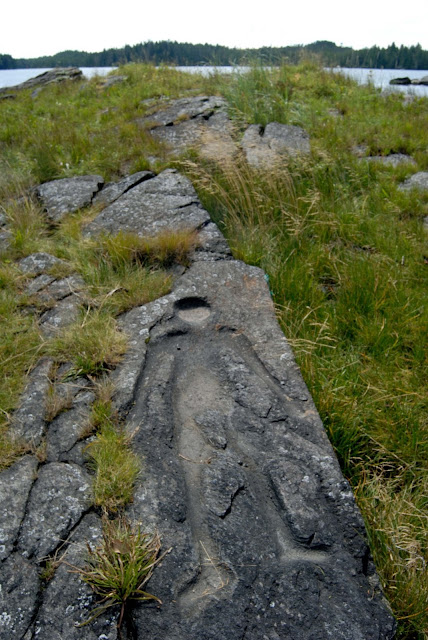 The origins of the Man Who Fell From Heaven are as shadowy as the figure embedded in the rocky shores of Metlakatla.

The human-like impression of Robeson Point has long fascinated archaeologist both amateur and professional due to characteristics that are unique to its petroglyph form. Many of petroglyphs are located in intertidal zones, where legend has it they are in touch with spirits of the underworld.

Those located on the Skeena River are covered annually when the river rises, appearing to have been some sort of seasonal marker or a "call" to fish inside the river asking them to be caught. But the Man is located above that zone, frustrating attempts by experts to characterize it.

The Man's rock form makes it impossible to date. Its size is also a puzzle. Carved from the scrape of stone onto stone, we know the creation of the Man would have taken years. But to what end the ancient craftsmen engaged in the task remains inscrutable.

As a result, the tales of the petroglyph are as fantastical as the Man himself.

The more practically minded content themselves with the explanation the Man is a marker of some momentous event or celebration.

The more credulous subscribe to the story that the spot is where the body of a drowned man lay, his mortal soul leaving more than just a memory on the beach where his body was found.

Those of a romantic bent say it was the labours of a love-struck youth anxious to prove his strength to a band chief in order to win the affections of the leader's daughter.

Another oral history revolves around the trickster of native lore, the Raven.

Born of a forbidden union between two mortal brothers and two sisters of the spirit world, the Raven and his sibling were condemned to walk the earth in human form. The latter plummeted into the sea and caught in a bed of kelp, sank out of the knowledge of man.

Wishing to avoid his brother's fate, the cunning bird chose to land on the hard shore. Much to his consternation, he found himself trapped much like his brother, only this time in a rocky prison. By cajoling a friendly land otter, the Raven managed to free himself. He ended up wandering the banks of the Skeena, teaching the native peoples arts necessary for survival and leaving his mark in petroglyphs very different to the one that bore witness to his fall from grace.

The last tale is the one for which the carving takes its name. A young man was exiled from the village of Metlakatla for a forgotten transgression. Days later he returned to the village, mad with hunger and raved that he had journeyed to the sky and observed many wonders and feats of magic. He lamented that he could have remained forever but somehow fell and plunged from the above back to the village.

The elders, while amused by the audacity of the young man's tale, were about to cast him out again when he offered, unexpectedly, proof of his unlikely exploits.

He escorted the bemused villagers to Robeson Point and there showed them the crater his body had made when he struck the shore.

He was not only allowed to return to the village but was given a position of honour as shaman.

Other stories cast a more cynical light on the young man's metaphysical experience. They say he waited until the men of the village were away fishing. When they were safely out of earshot, he threw several stones into the water and, as the women and children came rushing to investigate, he got up from the shore, brushed himself off and told them he had fallen from heaven.

Regardless of which tale, if any, you believe, the curious can look upon a fiberglass recreation of the Man at the Museum of Northern British Columbia. Similar displays can be found at the B.C. Museum in Victoria and the National Museum of Man in Ottawa.

More information on this and other petroglyphs can be found in the "The Man Who Fell From Heaven" by Phyllis Bowman in the B.C. Historical News, Summer 1994, which can be found at the Prince Rupert Archives.” 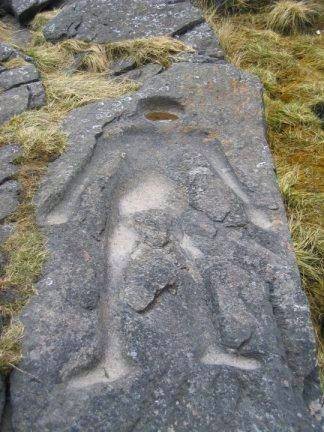 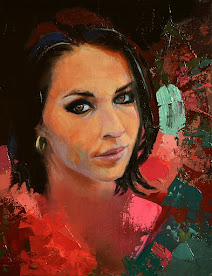 Stewart
I don’t like what the deep state has to offer so I decided to build my own World where creativity, music, and truth prevail. Therefore I’m a photographer, Writer, Video Producer, News Reporter, Music Promoter, Radio DJ, Poet, Activist, Critical Thinker, and Problem Solver. Be sure to visit all my websites linked below for more of my world.